Baristas, Bartenders & Brewers is a series to bring forward the stories behind the people and places keeping Gainesville fueled, quenched and satiated. It highlights local beverage culture. 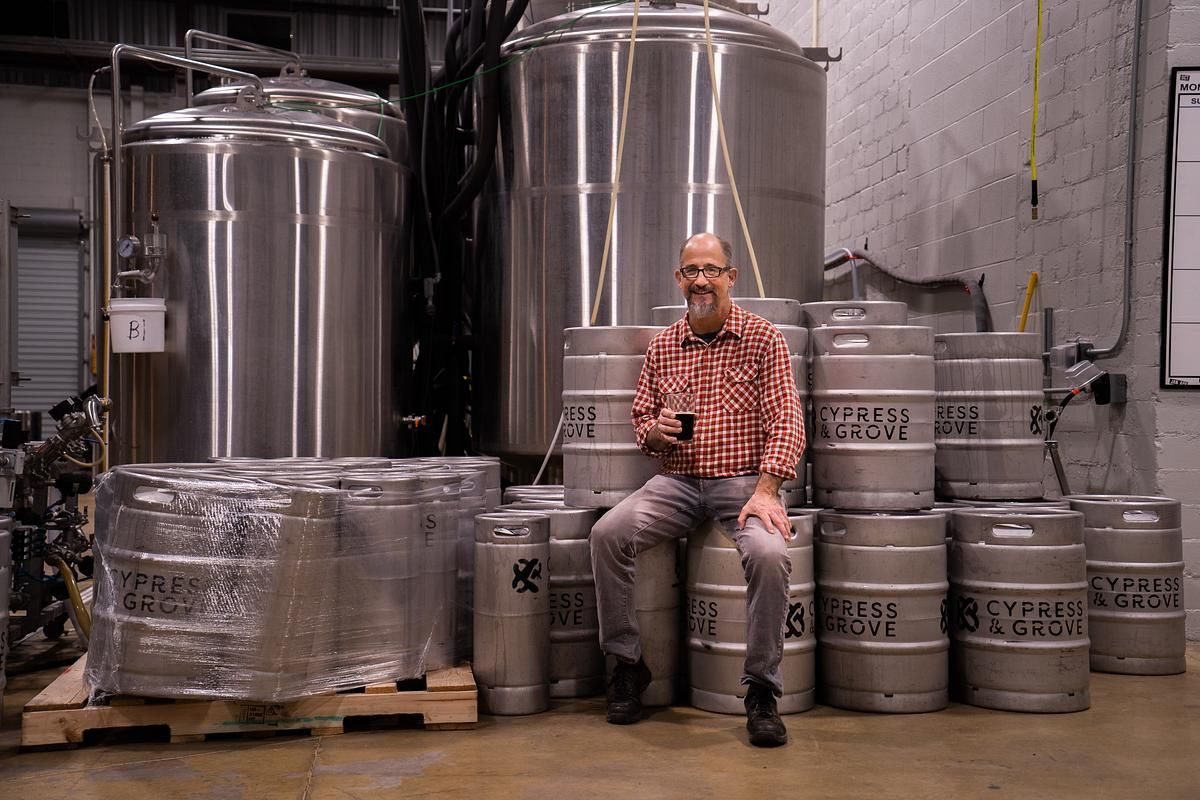 Brewer and co-founder of Cypress & Grove Brewing Company, Patrick Burger, is a constant tinkerer and builder. He has built his own house from the ground up and started home brewing 27 years ago. His new home or brewing company can be found at 1001 NW 4th St, Gainesville, FL 32601.

On a Friday evening, you can see his daughter pulling his sleeve for attention or bump into his wife and co-founder, Sally Adkins. The new project is meant to be a home for Gainesvillians, not unlike the traditional public houses or pubs of Europe.

Home is fitting for this new project as Patrick has worked with his family and friends to convert the historic ice house into a multipurpose gathering place. He has built every table in the brewery, poured the concrete countertops and used salvaged wood from the old ceiling to add interest to the bars.

As a civil engineer and “water resources guy” by day, he helped oversee the installation of their new well that pulls water from a natural aquifer. All the drinks brewed, fermented and carbonated are made with with their own water. It’s truly local.

They have 20 drinks on tap from kombucha to beer and sparkling water. And Patrick is building more taps for the main bar currently because they don’t have enough space to share all their creations.

To handle all the making that occurs at Cypress & Grove, Patrick has his own workshop attached to the brewery. It has moved to different locations in the brewery as the building has evolved. He hopes to later turn the current workshop space into a coffee shop. His other aspirations include adding in more event space to their outside areas to provide more room for performances and events.

When he is not building new things for the brewery or at his day job, he enjoys spending time with his family or indulging in the natural adventure Gainesville has to offer. Some of his joys include night mountain bike riding 20 to 30 miles from Newnans Lake and back with a group he started and boating on the gulf.

Lauren is the Program Director for the Tech Talent Initiative for startupGNV. Her focus as director is building out startgnv.com to promote the tech and startup community in Gainesville, FL.